How do you know you are making the right decision?

How do you know you are right when you are reinventing? This is a very valid question for everyone who is undertaking a change effort in their company, and under this vlog, the Chief Reinvention Officer is to answer exactly that.

Recently, when I spoke in front of one thousand and three hundred internal auditors in Chicago, one interesting question was raised that actually initiated today’s topic. This very question was: “We are working on reinvention, we are proposing new ideas, we are making decisions, but how we know that the decisions we are making about a new product, a reinvented service, a possible new direction in terms of client base, geographical region, are the right decision? How do we know we are on the right path? That the decision we are making is the correct one?”

Being involved in this area for quite some time, it took me no time to answer the question about how you know you are on the right path–you just don’t. That’s the most honest answer you can give to anyone because the present we live in is such a turbulent one. That means that experts of yesterday are already irrelevant tomorrow. People who are relying on their past, on the best practices they used ages ago – cannot do that anymore, simply because they are no longer relevant. Something that was the best practice for you just a year ago might be exactly the thing that kills you today. So what do you do?

If you cannot have any insurance that you’re on the right path, that you are doing the right thing, what should you do? At this moment, I would like to propose two ideas that might be helpful for you. Along with them, I would offer two resources or two books.

The first idea, a generally recent one, comes from an amazing book, The Lean Startup. It is a book that has been circulating in the startup community for a long time. The word for this simple idea is a pivot. Pivot is something that you do when you have an obstacle on the road and you need to make your way around it. Pivot is a situation when a company is on a path or direction but realizes that the direction is wrong so it makes a turn. Simple as that.

I would like to share one famous story – maybe you’ve already heard it. It’s about a little startup called Skype. I’m sure you’ve heard of this company. The story tells that the original Skype team was actually working on a completely different idea, but since the team was so remote and all around the world, they decided to come up with their own software in order to communicate with each other for free. That was a crucial moment. The “light bulb” moment. The modern app that you see today. This is a company that pivoted. Even though they were working on something else, they realized that there was a new direction that was necessary – so they pivoted and made Skype the center of their idea.

So, how do you know that you’re doing the right thing? You don’t, but you can give yourself the permission to pivot. You can test something with the market or with your internal and external customers and then pivot. That’s one idea. I warmly invite you to take a look at The Lean Startup. It provides a number of tools that can also help you test your ideas. It is an already very popular concept such as MVP – minimal viable product and many other ideas and concepts. To sum up, number one thing is pivot. You don’t know you’re on the right path but you give yourself the permission to change.

The second idea is actually many decades old. It comes from an amazing author, educator and my personal mentor, the person who helped me write the previous two books, Henry Mintzberg, a professor at the McGill University. What he provided us with, decades ago, is an idea called emergent strategy. If you try to look this term up on the Internet, you will find an amazing picture that illustrates how companies go in one direction, but as they do, they test it with the market, the reality, and the financial restrictions – and some of the ideas just fail. They become irrelevant; however new ones emerge and enter their strategic direction. Which brings us to the explanation that emerging strategies and all the approaches around them are a great tool that will help you survive when you realize that you are not on the right path.

Coming back to today’s subject about how you know you’re on the right path, I will add one thing –  you don’t need to know. What you need to know is that you can have a disciplined approach to reinventing your solution as you go. Whether you call it a pivot or an emerging strategy, the overall idea is that you give yourself permission to reinvent even during the process of reinvention. That’s the central idea of today’s conversation.

P.S. If you happen to have an example of a great company pivots, we would love to hear about them in comments below.

P.P.S. In case you want to hear more on the importance of asking questions, do check also our previous vlog here 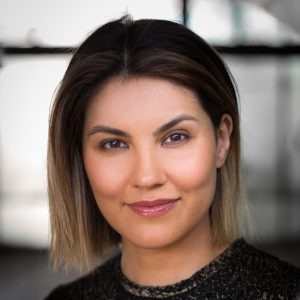